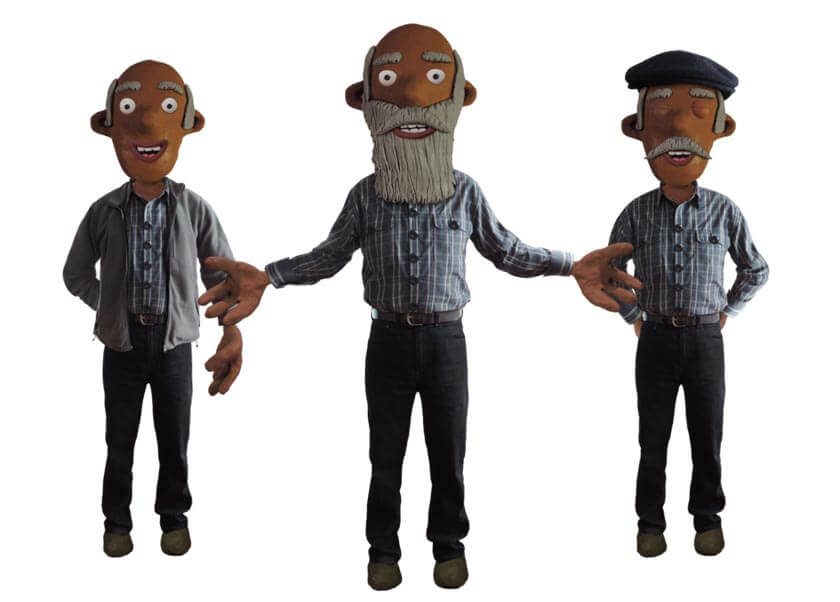 Bernie is a stop-motion style puppet. Sculptured in clay, photographed and assembled in Adobe Photoshop, then rigged in Adobe Character Animator. You can read about how he was created [here].

Bernie is a fully rigged, front facing, male presenter from the ‘Clay Mates’ series. Bernie will lip sync to your voice (live and pre-recorded) as well as match your head position and eyes.

Bernie comes with a number of accessories including glasses, a cardigan and a hat.

Bernie also comes with a moustache and beard that you can switch on and off.

Bernie comes with a range of expressions and animated emotions. Bernie is rigged for arm IK and has over ten prebuilt replay actions. Bernie comes bundled with a Trigger Sheet, for quick reference to all his triggers. 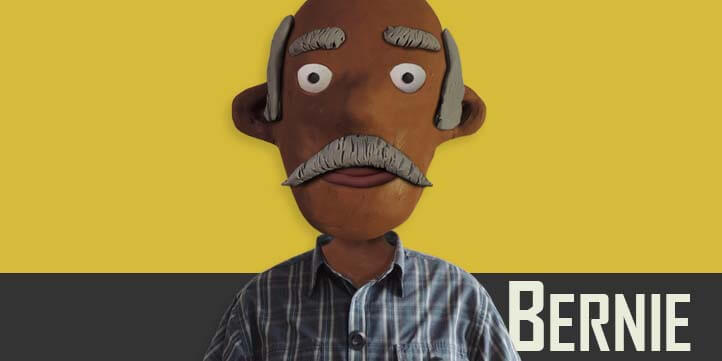