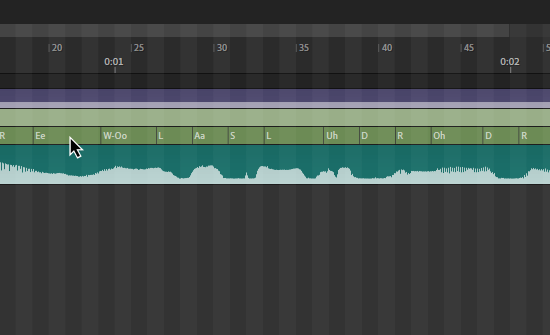 Creating a believable voice for your animated character is one of the most important parts of breathing life into your animation. In this tutorial we will take a look at lip-syncing your voice with your puppet in Adobe Character Animator.

There are two ways to import audio into Adobe Character Animator. You can record your voice in real-time, and have the character match you live. Or, you can import a pre-recorded piece of audio and have the software calculate the lip-sync. Using pre-recorded audio gives more control and a better result – but it does take longer.

Adobe Character Animator allows you to lip-sync live. If you’re after a fast recording and don’t care about the accuracy of the result, then this is a great way to create an animation quickly.

To record a character this way you first need to import your character into Adobe Character Animator and move it into a scene. If you don’t know how to do that we have a tutorial [here]

Once you have your character in a scene, you simply select the character in the timeline and turn on the microphone. 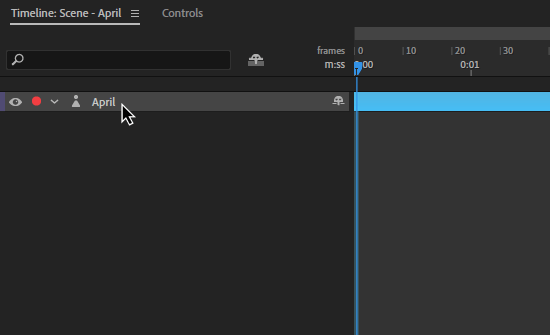 To turn on the microphone look over to the top right of screen. You should see a little webcam and microphone icon.

Activate the microphone icon. It should turn blue and you should start seeing sound levels. Your puppet’s mouth should also start moving to any audible sounds. 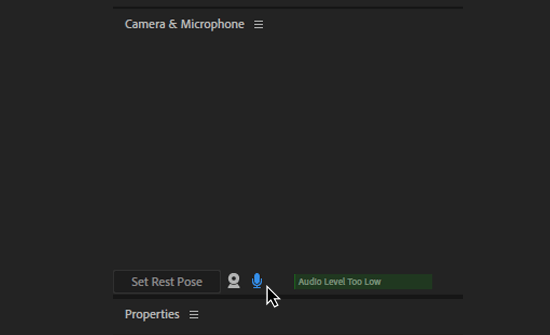 If you want to record your voice you can hit the record button and you’re recording your voice.

You can also turn on the webcam and record your movements at the same time.

To record a voice outside of Adobe Character Animator you can use software like Adobe Audition to capture and edit your audio. We have created a tutorial on that [here].

Once you have your audio file recorded and saved, you can import it. The process to import is the same as importing a puppet; 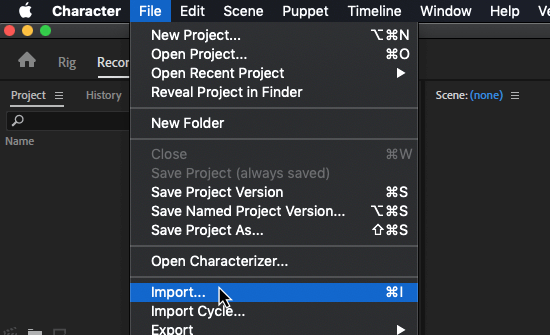 Then locate your audio file.

When the audio file is imported it will appear in the ‘Project’ window along with your other assets. Now we want to move the audio into our scene. 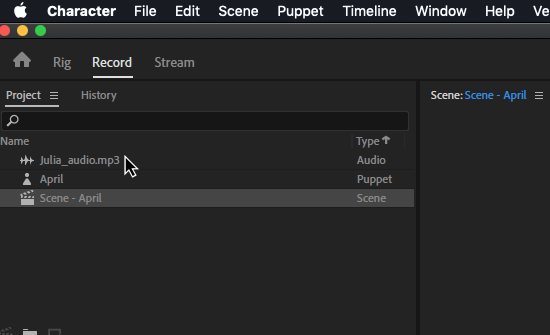 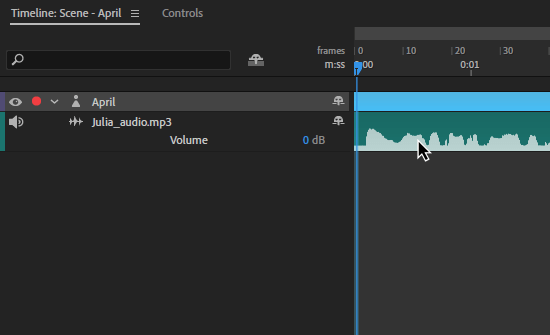 Drag the audio file onto the timeline of your project and let it go.

It should now appear on your timeline. You may want to move your audio along a second or so – just to give your project some handles.

[Handles are a little bit of footage before and after the intended edit. We do this because sometimes puppets can do a few strange things as they get into their starting position. So we want to allow for that and we don’t want our audio to start too early.] 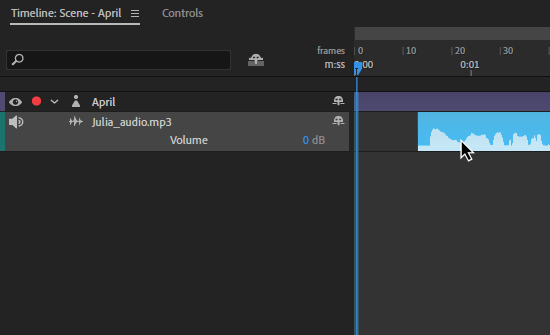 Next we want to sync the puppet with the audio file. First thing to do is to make sure your puppet is armed for lip-syncing. To do this we just want to check over in the Properties window on the right of screen has a red dot beside ‘Lip Sync’. You may want to disarm the other input sources to concentrate on lip syncing. Just click on their red dots to disarm them. 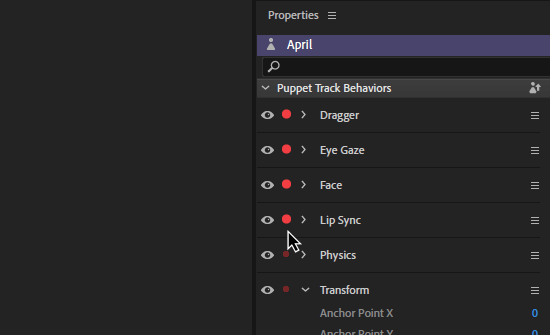 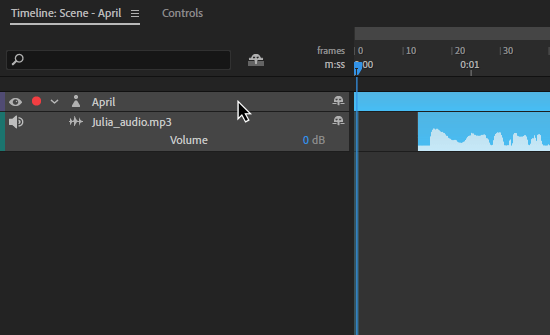 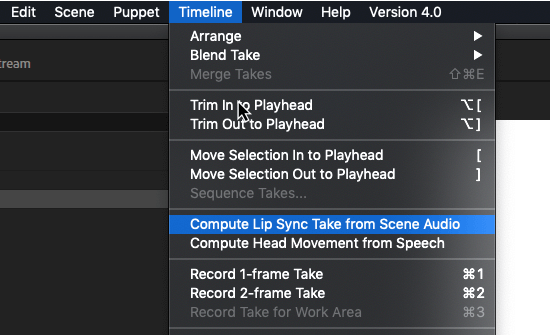 In this tutorial we learnt how to live lip-sync a puppet. We also learnt how to import and apply an audio file recorded outside of Adobe Character Animator.

Sometimes the lip-sync results aren’t as accurate as we would like. Adobe Character allows us to go in and edit and refine these results, and we will go through that in the next tutorial that you can find [here].